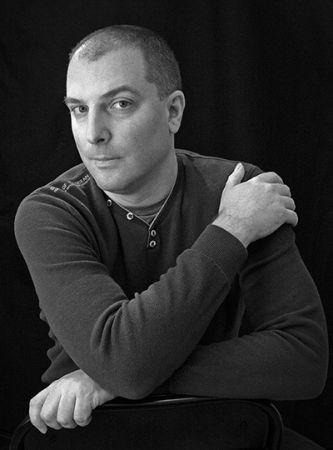 Goran Kojadinović is a graphic designer and photo amateur who lives and works in Kragujevac. He graduated from the Belgrade Polytechnic in Graphic Technology. He was born in a family in which photography is especially appreciated and his interest in photography was growing with the rise of digital technology. He was engaged in activities that contributed to the resurrection of photography in Kragujevac (photo tours, exhibitions and festivals of art photography).

For the past eight years he participated in two hundred contests in thirty-six countries, won more than hundred awards and juried fifty international photo salons. Today he is a member of the Photo Association of Serbia, PSA and the vice president of Photo Club Kragujevac, which is the most successful photo club in Serbia for years.

Goran has presented his works in Serbia, North Macedonia (Kumanovo) and Turkey (Mersin). At the end of July 2019, at the invitation of the organizers, he was a member of the jury and a guest of the jubilee 20th Festival of Culture and Arts in Büyükçekmece (Istanbul, Turkey).

So far his successes have been confirmed by his titles Excellence FIAP silver, Proficiency PSA (PPSA), Honoris Master of Light and FA1 FSS (Photo Association of Serbia).