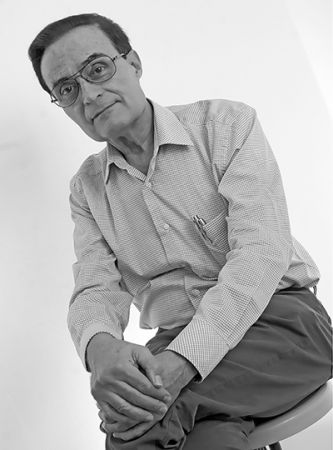 was born in Escaldes –Engordany, Andorra. He is the son of Joan Burgués Molins and Carme Martisella Baró and has a son Jossep. He acquired his first knowledge at the Spanish School, with the teacher Juan García and at the French School, with the teacher Mme. Pi. He later studied at Barcelona. His father, Joan Burgués, a political exile, started a business very early in 1950 specializing in photography at number 66 on Av, Meritxell under the name Foto Cine Color. In those days, specializing in a trade sector was synonymous with seriousness and quality, possibly for this reason represented and sold prestigious brands and became a meeting place for personalities of politics and culture especially in the world of letters and photography.

Undoubtedly this environment lived already in his childhood, influences as a child Joan Burgués Martisella, to foster his personality that as we all know has always been linked to the world of culture and very intensely to photography. He acquired his first photographic experiences with Josep Alsina later with "Dino" in Font Romeu, France, and with Ton Sirera de Lleida, whom he met on the occasion of the "Living Nativity Scene 'of Escaldes Engordany", and also with Joan Cebollero, photographer of "Escut d'Or" with whom he worked as an assistant to make a collection of postcards from Andorra and La Cerdanya. And later in Paris he studied the solarization process with the "Colorvir".

Joan Burgués Martisella, like most photographers in Andorra, was interested in portraiture, landscape and spontaneity, among others, and each with his own ideas was building his own identity. And that he had acquired kindness in the treatment, the facilities the spirits that provided him, the obstinacy of his overcoming of the photographic work is accentuated with the years of office granting innumerable recognitions to him like prizes and distinctions.

Among the particularities of Joan Burgués Martisella is the large collection of cameras, more than 250 ranging from the beginning of photography to the present day. In 1970 he won the second prize in black and white for the European Community which brings international recognition to him. In 1978 it publishes next to another prestigious photographer a small photographic collection; the following year in 1979 it obtains that Andorra was represented in the UNICA (International Union of Amateur Cinema) and the FIAP (Federation the International of the Photographic Art). In 1980 the FIAP recognized him for his work in photography and awarded him the title ESFIAP for his work in favor of the world of photography.

Later in the year 1983 the FIAP grants the title to him of the AFIAP (Artist FIAP) by the quality of presented / displayed works, in different international exhibitions from photography that assiduously participate in the photographic salons, under the sponsorship FIAP. In the same year at the International Congress held in Reims (France) he presented a paper on "The evolution of photography in the audiovisual media".

In November 1986, the Photographic Biennial of colored paper held by the FAF of Andorra under the auspices of the FIAP was awarded the highest FIAP award (HonEFIAP) title that the Steering Committee unanimously awards for the merits and work in favor of world photography. In July 1987 at the FIAP International Congress in the German city of (Miltemberg) he was elected a member of the FIAP steering committee, a position he held until 1995.

In 1993 on the occasion of the 3rd. Photomeeting organized in San Marino participated in the different photographic workshops that were organized with important photographers of that time; the Italians; Pino Settanni, Pino Guidolotti and Franco Fontana, as well as the Japanese Eikoh Hosoe the French René Burri of Magnum, with whom I had a good friendship and finally with the American-Canadian Jeff Dunas and where I obtained the “Master of NUDO. ”

In 1995, with the organization of the FIAP congress held in Andorra, organized by the Andorran Photographic and Amateur Film Federation, he was elected Vice-President of the FIAP, a position he still holds today.

Of the 90s the Photographs of the "IV Olympic Games of the Small States" and the photographic report of the meeting of the co-princes stand out; Dr, Joan Marti episcopal co-prince and François Mitterand French co-prince with the Andorran authorities.

He has had different exhibitions in Cuba, Uruguay, Panama, France, Turkey, Spain, and Colombia as well as in other European countries. And of course in Andorra.

Among his most important graphic publications are;

In 2006 he was appointed Ambassador of the Principality of Andorra near the Ibero-American Summits, a position he held until the end of 2009.

He is president of the FAF "Andorran Federation of Amateur Photography and Cinema," president of the "Circle of Arts and Letters" of Andorra; thus fostering the dissemination and union that has most characterized it throughout its history, the strong and friendly connection with Latin America, contributing and unifying culture as a means of warm and reciprocal artistic expression.

In February 2018 he exhibited the Creativity of the Nude in Antequera, Spain.

In 2019 he exhibited at Langreo Asturias together with Ivan Blanco and then the same joint exhibition in Ceuta in May 2020 entitled “Two Visions of Cuba.

He is currently preparing new publications including a collection of all his artwork.