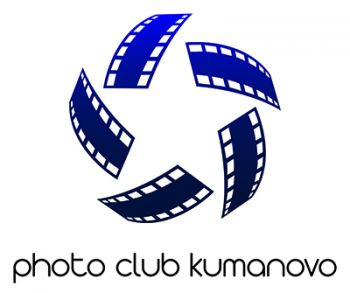 Formed in March of 2014 photo club Kumanovo has about thirty members and counts as one the biggest clubs in Republic of North Macedonia. Even though it’s a young club, its core has world known art photographers who made great success in the short period of the club’s existence. Beside the exhibiting activities and successes, the club became locally well known for its free photography lessons and their work with children. Host to many solo exhibitions of authors worldwide. Success work on group projects with befriended clubs from Serbia, Bosnia, Canada, Turkey, Egypt, Saudi Arabia, Iran etc. The club is a proud member of FIAP, PSA, IAAP and GPU.

This exhibition placed here in Novi Sad is a collective action from almost all the members from Photo club Kumanovo. Every photo, and every author through their artwork speaks for itself, and you can sense their individuality, interest and diversity just by glancing at the photos.

You will experience each and every one of them differently, with some, you will rejoice, with others you will mourn, with third you will be surprised, but in the collection altogether the story is the one that is the loudest. That different worldview will sway you at high altitude at times, but it will also put you in a deep abyss, the photos will leave you a deep impression and you’ll remember them for a long time after you see them.

The main and focal element are the children, they overwhelm the collection with the some of the more significant characteristics taken from them. Childs play through Staniskovska’s photo, yearning and curiosity shown through Jovanovski,s detail caught throw wide door ribbon, angriness and brother protection that Jovcevska served in her moment, sadness presented through the eyes in Velickovska, friendship that makes everything you do in life more pleasant and fun even work as in Ilievska’s and Stankovski,s photos. A bit scared and lost little red riding hood that Spasovska presented, and teenage wonder and subtle depression that is shown in Zlatkovska’s  work.

The other authors as with their own character showing their input on the world, female beauty, leading lines and perspective, loneliness, recognition, calmness, rural ambient and nature interesting details have a place in this collection as well. There is the egg collector Dusan Jovansovski’s photo which was made on cellulose film tape.

Nevertheless, this collection is just a small part of the soul of the club, carefully chosen images that have the impact that even though we are different as a photographers in styles, subjects that we love and cherish, caracters, etc., we still work as one, we make togetherness and collective that bears the name Photo club Kumanovo.