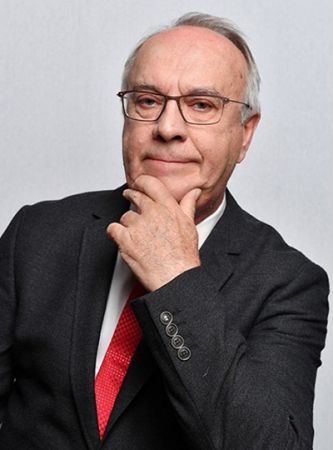 I am a photographer for many years but I only start with participating in the internationals salons in the year 2006. At this moment I have received more than 2000 acceptances and more than 100 awards all over the world. In 2009 I was awarded with the AFIAP distinction, the EFIAP distinction in 2010, the EFIAP/silver in 2016 and final the highest distinction MFIAP in 2017. I am also a member of PSA and holder of the EPSA title. I received the 4'h Galaxy in PID-C and the Six Star in PID-M, the first Galaxy in Travel, the 3th Star in PJ and 3th Star in Nature.

My job in FlAP started in the year 2005 as Director of the Distinctions Service and in 2010 I was elected  for the board of directors FlAP in Hanoi (Vietnam) and in the year 2014 I was elected as Vice-president FlAP in Ankara (Turkey).  The highest FlAP Distinction for Services HonEFIAP was given to me in 2010 by Mr. Emile Wanderscheid at the congress in Hanoi.

FlAP is a big family for me, FlAP is in my heart.