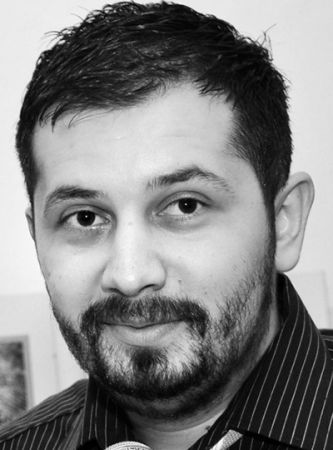 Vladimir Jovanovski, EPSA, GPU, HERMES, RISFS, was born in 1983. He is a distinguished photographer from Macedonia and the most successful representative of Macedonian photography, having taken part in numerous international exhibitions around the world. He has exhibited  his works in 35 countries  and as a result,  has received over 100 awards and certificates. He was proclaimed by The Photographic Society of Macao as one of the 100 most influential photographers in the world. In 2018, he has received the award for best world photographer from the Photographic Arts Federation of Turkey.

His biggest  successes, according to him, are the projects 'The other  one hundred' and 'On Macedonian photography'. He was a member and  president of the Photo cinema club 'Kozjak' from Kumanovo. Currently he is an active member of Photo club 'Kumanovo'. He is also the director of Malinski Photo Festival, an honorary member of Image Sans Frontier, Image Colleague Society and the Photo Club 'Kragujevac'.  He is also a representative of PSA, GPU and ISF for the Republic of Macedonia and the current president of IAAP. When it comes to his photographs, he is not a mere recorder  of things.

He has a sense of the space around him, feeling the light, the ambient and life. He is constantly in search of all these things, confronting inner feelings, transferring them into his photographs. In the last couple of years, his approach has been more thematic.