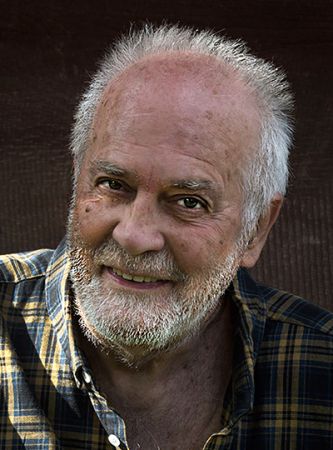 Professional dancer, photographer, photo reporter, commentator, editor, lecturer, mentor, critic, juror, writer, and holder of many other functions, among them the president of the Association of Hungarian Photographers - was born in 1943 in Hódmezővásárhely, Hungary.

He has been active in photography exhibits since1968. So far, he has had over 230 solo exhibitions in 40 country, and has participated in over 2000 group exhibitions in Hungary and across the world, receiving over 250 awards and recognitions for his work. His photographs, photo reports, and contributions were published in numerous professional journals, books, and electronic media in Hungary and abroad, and his photographs are used in theatre scenes, movies, and in television shows, as well as book illustrations. He is the recipient of Artist FIAP and Exellence FIAP for Services Rendered distinctions awarded by the International Federation of Photographic Art (FIAP), and EPSA by the Photographic Society of America.

Eifert János is one of the best-known and characteristic representatives of his profession and art, at home and throughout the worldwide. His works have a special meaning and cannot be simply categorised and classified under some general method of artistic expression, as he is very adaptable and constantly changing in his expressiveness.

His reputation is based on his work on various themes, such as dance, nudes, nature, as well as useful photography. His photographs - despite being the result of constant exploration and experimentation in various ways - simply "happen". They are ideas supported by creative possibilities provided by digital photography and allowed to thrive to their fullest.

Photography for me is a game, but a very serious one. It means to have the possibility to get a wider knowledge of the world, emotional challenges, and the freedom of expressing myself on my own visual language. Look, see, and make things seen: this is the photographer’s task while balancing on the edge between imagination and reality.